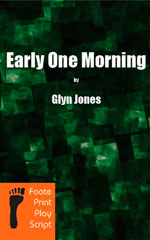 synopsis Ian and Sheila pick each other up at a train station early one morning.

They go back to his place, a sordid little bed-sit in which to consummate the affair, but Sheila can't do it. She is used to more luxury, all she wants is to make her husband jealous, not get involved in this seedy affaire.

Changing locations to her penthouse apartment in the hopes that her husband will catch them, Shelia has kept the carrot dangling in front of Ian and he has had enough.

Shelia's husband returns home with the other woman on his arm. 'Who is she?' Shelia demands, 'a young lady in distress', he replies, 'we were travelling together on the train and as we pulled into the station she saw her husband Ian in the arms of another woman!'